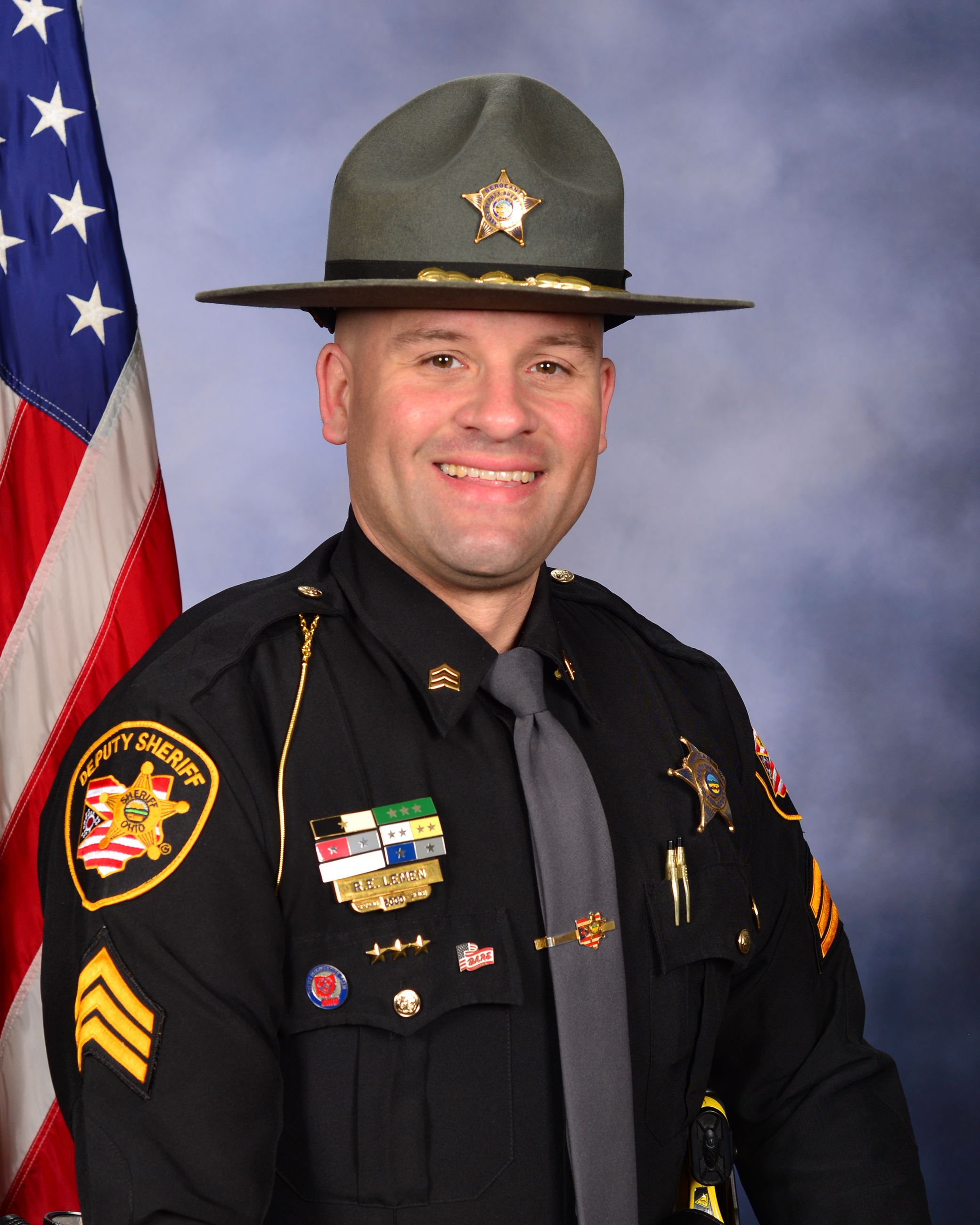 Sgt. Ronnie E. Lemen is a twenty-two year law enforcement veteran who began his career in law enforcement after graduating from the Miami Valley Regional Law Enforcement Training Academy in 1999. After graduation Sgt. Lemen worked for the German Township Police Department before being hired full time with the Clark County Sheriff’s Office. Assignments with the Sheriff’s Office include the Jail Division, Uniform Road Patrol Division, and the Criminal Investigation Division.

Sgt. Lemen was promoted to the rank of sergeant in 2015. While serving as a sergeant he has been assigned to the Jail Division, Uniform Road Patrol Division, Vice and Organized Crime Unit and most recently the Administration and Community Education supervisor. Sgt. Lemen currently oversees the day to day operation for the CCW and Web-Check program, Township Deputies, School Resource Deputies, DARE Deputies, Cadet Program, and is the Police Administrator for the City of New Carlisle.

Sgt. Lemen holds a Bachelor of Science in Criminal Justice specializing in Major Crime Scene Investigation and Police Administration from Aspen University and is currently working towards his Masters in Police Administration from Columbia Southern University. Sgt. Lemen has also been the recipient of numerous department commendations and awards, to include, Supervisor of the Year. Sgt. Lemen is committed to the pursuit of excellence and community based policing concepts

Currently these deputies are working the New Carlisle area: 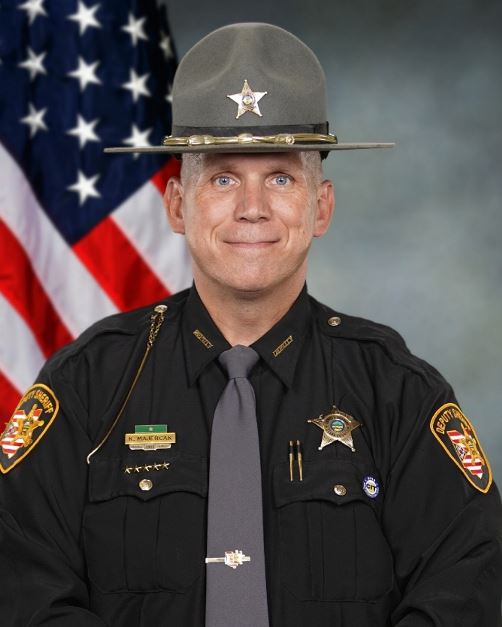 Deputy Ken Majercak began his career at the Sheriff’s Office in May of 2011. He has worked in the Jail Division and Road Patrol Division. Deputy Majercak previously held a community oriented policing position previously for the City of New Carlisle and Moorefield Township.

Prior to starting with the Sheriff’s Office, he has worked as a peace officer for jurisdictions both within and outside of Clark County since 1993. Deputy Majercak has been a nominee for Officer of the Year. Although he was not selected, Deputy Majercak feels it was a great honor to be nominated. Deputy Majercak has attended a bike patrol class in Columbus, Ohio and is a certified bike patrol officer. The citizens of New Carlisle are once again being well served by his knowledge and experience. 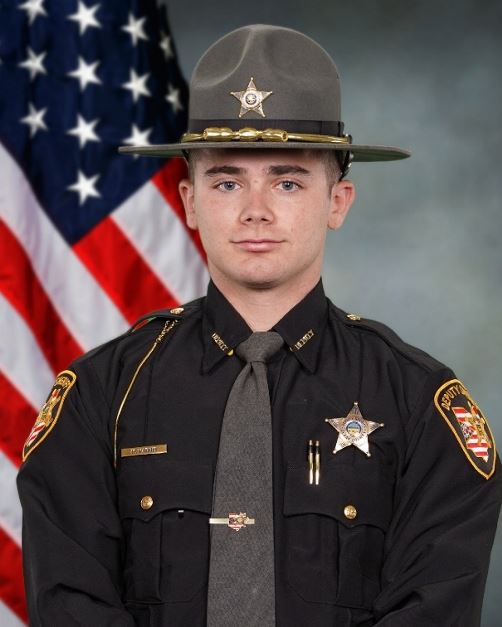 Deputy Harris is a lifelong Clark County resident and attended Springfield City Schools. He graduated from the Clark State Ohio Peace Officer Academy in 2018 shortly before joining the United States Army Reserve as a Civil Affairs Specialist. Deputy Harris began working at the Clark County Sheriff’s office in July of 2019 and was assigned to the jail, eventually becoming a field training officer for newly hired Correction Officers.

In June of 2021, Deputy Harris was assigned to the City of New Carlisle as a patrol Deputy. Deputy Harris enjoys proactive policing and community oriented engagements. He always encourages the public to stop and have a conversation with him and tries to engage with as many people as he can. 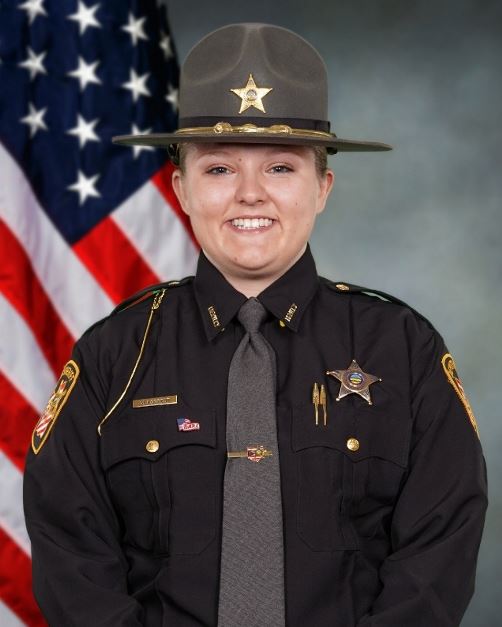 Deputy Forrest is a 2015 graduate of Stebbins High School in Riverside, Ohio. She completed her Associates Degree in Criminal Justice at Sinclair Community College. She graduated with her Ohio Peace Officer Training at Greene County Career Center in May 2018. She is currently attending Franklin University to obtain her Bachelors Degree in Psychology.

Deputy Forrest started her career with the Clark County Sheriff’s Office in April 2019. She worked in the jail until May of 2021 when she accepted the position in New Carlisle. She enjoys working in a small community so she can get to know the citizens. 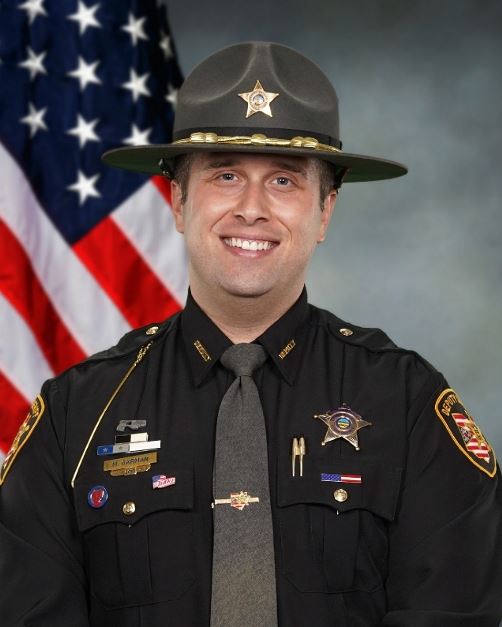 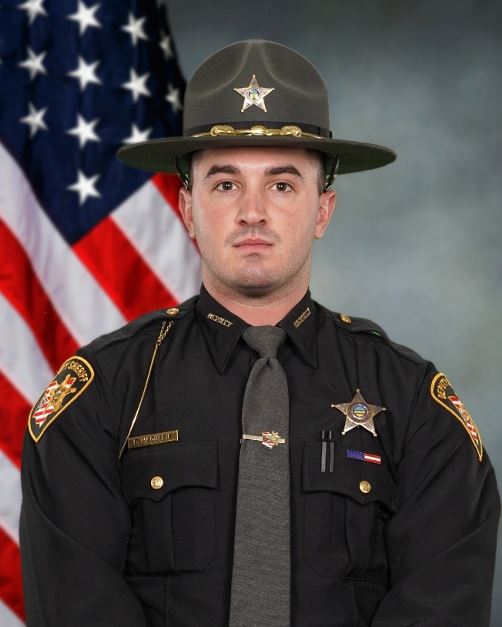