The deputy currently assigned is Deputy Brandon Baldwin-whose responsibilities include handling general calls and all township issues. He works various hours permitting him to handle calls in daytime and in the evenings. 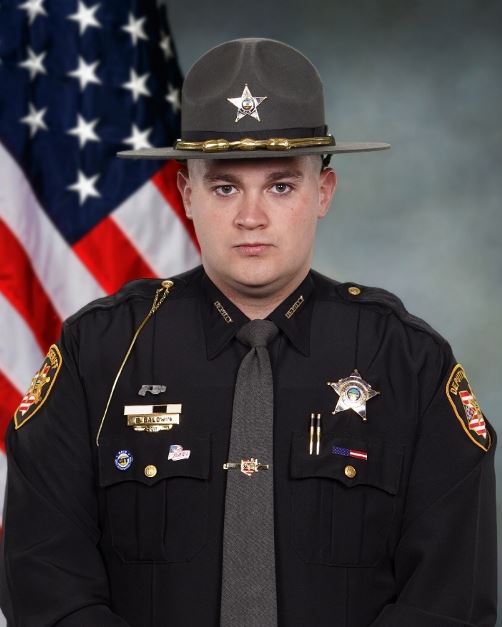 Deputy Brandon Baldwin is a 2014 graduate of Greenon High School and is a lifelong resident of Clark County. Brandon is also a graduate of the Ohio Peace Officer Training Academy at the Greene County Career Center.

Prior to joining the Sheriff’s Office, he served as a police officer for the Villages of South Charleston and Enon, also located in Clark County. Deputy Baldwin began his career with the Clark County Sheriff’s Office on October 18, 2017 where he was assigned to the Jail Division. During this assignment, he became a Field Training Officer for newly hired Deputies. Deputy Baldwin began his current assignment in the Uniform Patrol Division for Mad River Township in March of 2019.

Deputy Baldwin has received several awards during his career -which include the Life-Saving Award and Perfect Attendance Award. He has also received a civilian award for Life-Saving from the London Ohio Police Department. Deputy Baldwin is a member of the Crisis Intervention Team at the Sheriff’s Office. He is also a member of the Sheriff’s Office Honor Guard.