In 2018 the Clark County Prosecutor’s office prosecuted 829 felony cases in Common Pleas Court. As part of these prosecutions, our office forfeited $190,185.43 from criminals. In addition, our Diversion Program accepted 22 felony cases, of which 19 cases were completed by the end of the year. The Diversion Program successfully recovered $43,603.59 in restitution for victims of crime, and also cleaned graffiti at 940 sites around the county. In Juvenile Court, we prosecuted 558 new delinquency cases, as well as 59 adult contributing to the delinquency of a minor cases, and 448 traffic cases. In addition, we prosecuted 176 dependency temporary custody cases, and 15 permanent custody case. The Clark County Prosecutor’s office also assisted in the collection of approximately $4,203,500.00 in delinquent real estate taxes, as well as the representation of 31 County agencies, 10 Townships, and the County schools. 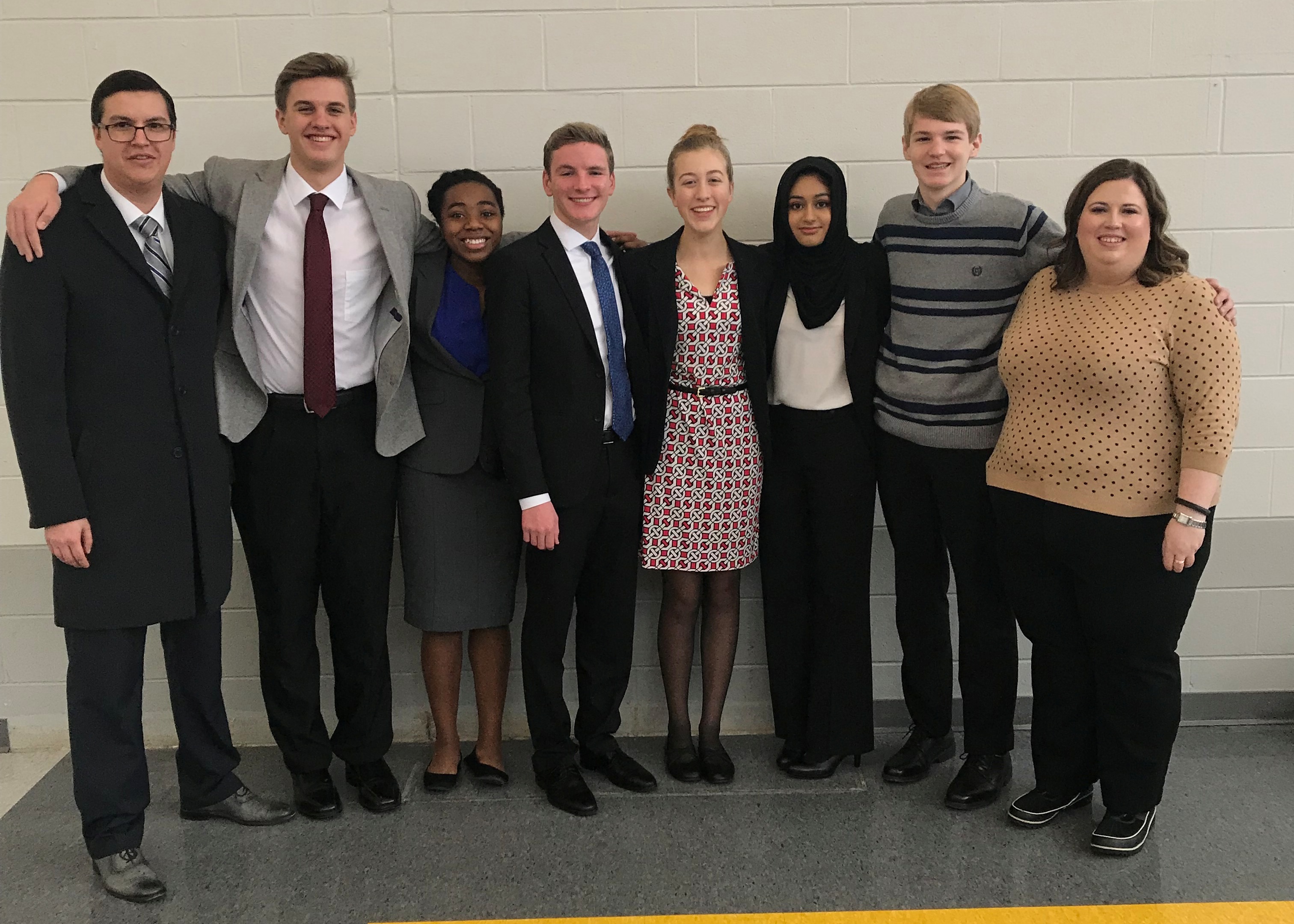 Assistant Clark County Prosecutors Megan Farley and Beau Thompson coached the Springfield Moot Court team that won the State Championship. Megan also once again helped to coach the Springfield High School Mock Trial Program. As a coach, she helped to teach students about the law, and how to prepare and present cases at trial. In 2018 the students traveled to an international competition in San Francisco where they brought home 10th place. 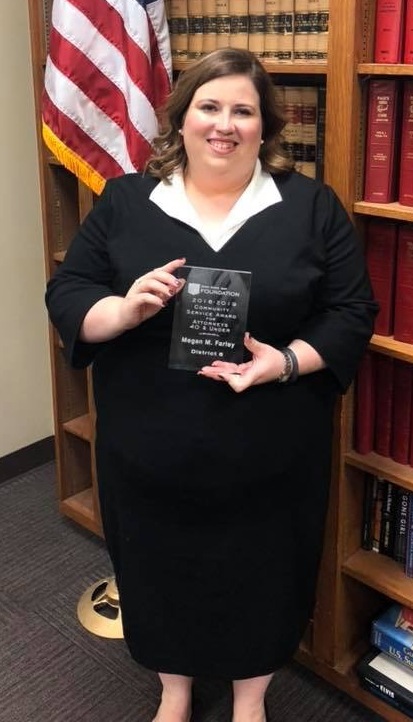 Assistant Clark County Prosecutor Megan Farley was awarded the Ohio State Bar Foundation’s award for attorneys 40 and under in October of 2018 in recognition of the work that she has done with the Springfield High School’s Moot Court and Mock Trial teams. 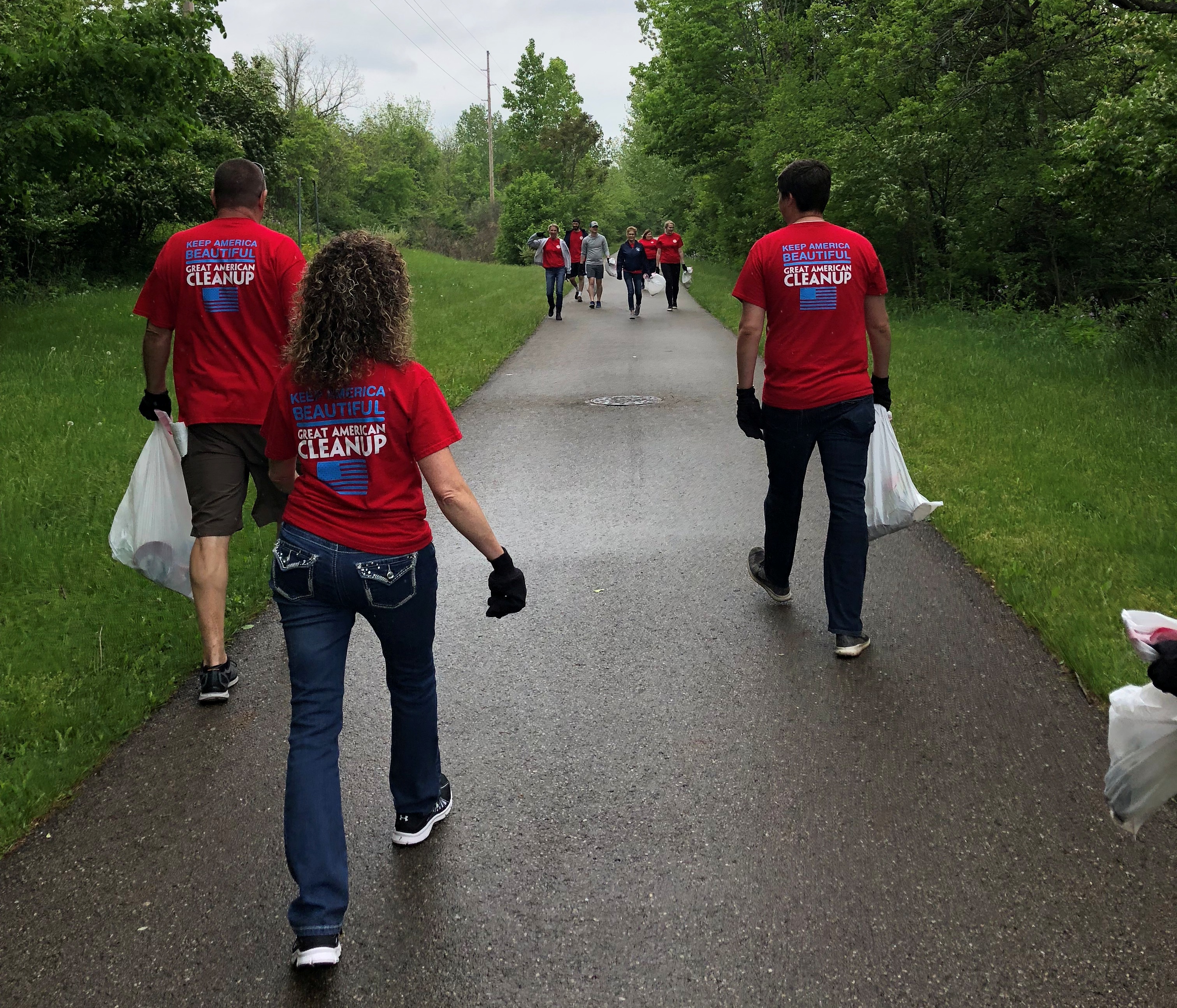 On April 21, 2018, the Clark County Prosecutor’s office participated in the Great American Cleanup. The office cleaned the bike trail between McCreight Avenue and Home Road. By the end of the day, the office had picked up more than forty trash bags of garbage from their assigned area.

The Clark County Prosecutor’s office had several members participate in the Shoes for the Shoeless program. The participants helped elementary students in need find, and try on new pairs of donated shoes for the new school year. 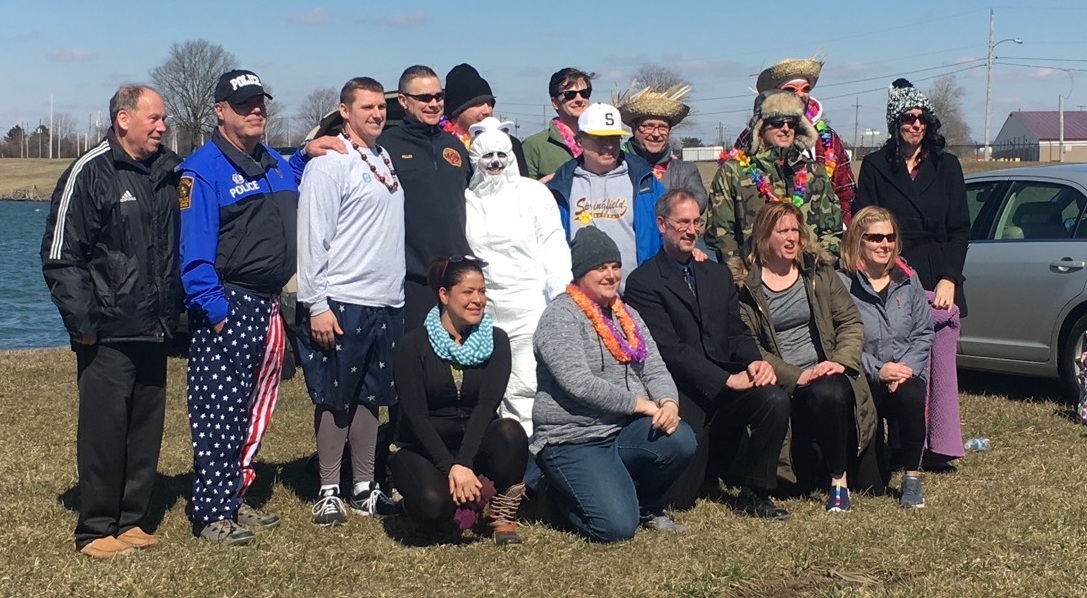 Members of the Clark County Prosecutor’s office participated in the Polar Plunge to help raise money for Big Brothers Big Sisters. The total raised by Clark County and the City of Springfield totaled $2,200 for the event. 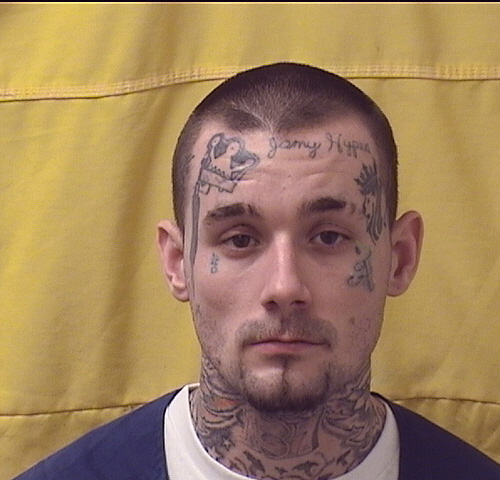 In October of 2018 a jury convicted Travis Hypes of Murder with a gun specification in the murder of Hypes’ ex-girlfriend Lindsey Marsh. Marsh was 30 weeks pregnant with the couple’s child at the time of the shooting. Hypes was sentenced to a term of life in prison with parole eligibility after 18 years. The State was able to prove through its witnesses that Hypes came to a residence on East McCreight Avenue in Springfield where Marsh was present. The two engaged in an argument and during that argument Hypes produced a firearm and shot Marsh once in the side of the head. Hypes then fled the residence. Marsh was transported to Springfield Regional Medical Center, and then flown to Miami Valley Hospital. Doctors there were able to successfully deliver the baby. Unfortunately, Marsh died as a result of her injuries. 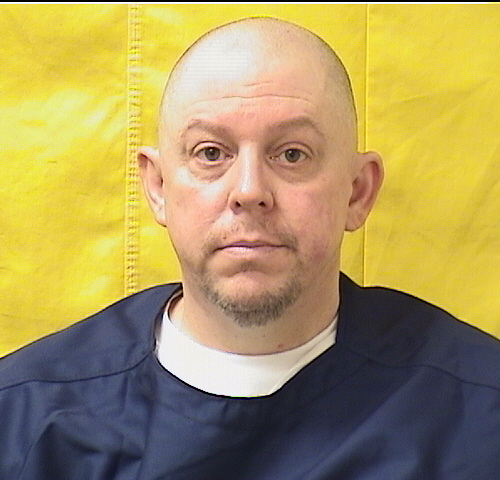 William Sowers was convicted of Felonious Assault, Domestic Violence, Kidnapping, and Abduction after a jury trial, and sentenced to 16 years in prison. On January 25, 2018, William Sowers beat his live-in girlfriend by kicking her in the face and body while wearing steel toe boots causing a broken nose, three broken ribs and a collapsed lung. He also refused to let her leave the home for medical attention, but she was able to secretly call 911 when he fell asleep. Officers from the Springfield Police Division responded, and were able to rescue her and place the defendant under arrest. 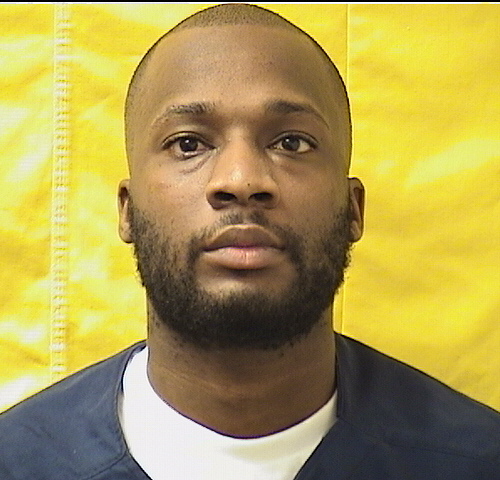 On December 5, 2017 Tyrez Boyd (a former Wittenberg University student) traveled from Indianapolis to Clark County. Boyd and another individual entered the Harding Road Pharmacy and spent twenty minutes walking around the business. Later that night, the same two men entered the pharmacy again. This time they kidnapped four women at gunpoint, zip tied their hands together, and placed them in the store’s restroom. The pair then went to the pharmacy where they zip tied an additional three workers. The pair then used trash bags to remove several bottles of opiods and other prescription medication. The four women who were in the bathroom worked together to free a cell phone that on of them had on her, and were able to call 911 as the robbery was occurring. Police arrived as the pair were fleeing from the building. Officers were able to track and arrest Boyd several blocks away. A three day trial occurred in May of 2018, and Tyrez Boyd was convicted on all counts, including Aggravated Robbery, 7 counts of kidnapping, and multiple counts of drug possession. Boyd was sentenced to 42 years in prison. 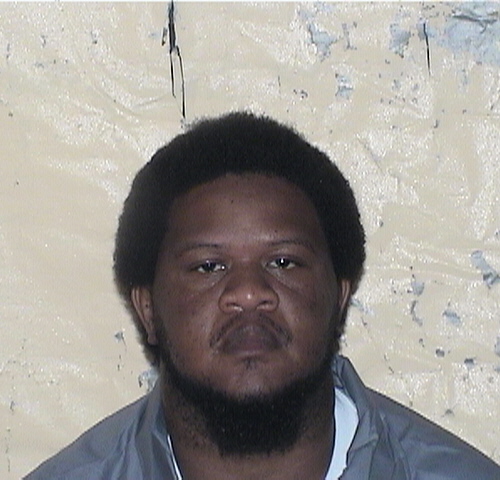 Issac Morgan forced two women over to an area near the Stem School, and raped them both at gunpoint on different dates. A rape kit from one of the victims came back to Issac Morgan’s Y strand DNA. The officers of the Springfield Police Division collected a shell casing and projectile from where Mr. Morgan fired a round next to the head of the second victim when she refused to comply with his demands. The defendant was later stopped by the Ohio Highway Patrol on an unrelated traffic stop, and the gun was seized during the stop. Mr. Morgan admitted that the gun was his. The casing and projectile were found to match Mr. Morgan’s gun. After a short deliberation, the jury found Issac Morgan guilty of two counts of rape, two counts of kidnapping, and one count of felonious assault. He was sentenced to 30 years in prison. 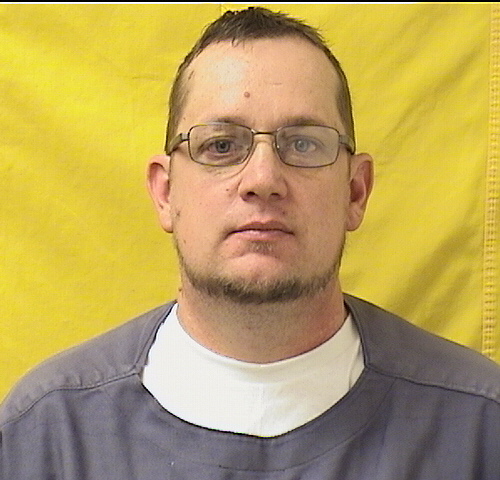 On September 20, 2018, Raymond Roberts lured his estranged wife, Jessica Roberts, to their formerly shared home, and confronted her. He strangled her until she lost consciousness and then took a large kitchen knife and slit her throat causing a deep laceration across her entire throat. She woke up bleeding profusely from the neck and was somehow able to get to her car and drive a short distance to a gas station. Raymond Roberts followed her and again tried to kill her with his car. A man pumping gas called 911 for help, and Jessica was rushed to Springfield Regional Medical Center, where doctors were able to stop the bleeding and stabilize her for transfer to Miami Valley Hospital. Raymond Roberts fled in his vehicle, and then switched to another vehicle he had stashed for his escape. He led the Clark County Sheriff’s Office, and the US Marshalls on a nationwide manhunt for the next several days until he was stopped by the Ohio Highway Patrol. Jessica Roberts survived this brutal domestic violence attack, and was able to stand as a survivor when the defendant pled guilty to Attempted Murder, and was sentenced to the maximum of 11 years in prison. 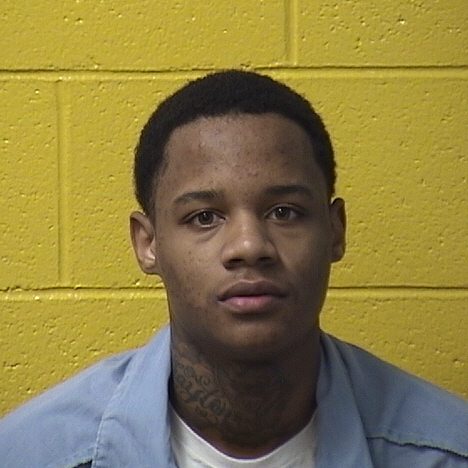 On January 18, 2018 five males with guns out stormed the Verizon Wireless store on Bechtle Avenue. Once inside the business they ordered staff and customers to the ground. The five ransacked the storage room stealing both the phones and money. The thieves fled in a stolen vehicle, and headed back to Dayton. Through DNA and fingerprints Anthony Edwards (pictured) and Javon Reid were charged with Aggravated Robbery. The suspects, who were both teenagers, plead to Aggravated Robbery and were sentenced to 7 years for the robbery, with a 3 year sentence for a firearm specification for a total of 10 years in the Ohio Department of Corrections.