She began her career at the Clark County Sheriff’s Office in 1982 under Sheriff Raymond B. Jordan and her law enforcement career included working in every divi

sion within the Sheriff’s Office. She was first assigned to the Jail Division where she worked less than a year at which time she was transferred to work as a full time Deputy for Tecumseh High School.  Sheriff Burchett was then transferred to the Road Patrol for several years and was then promoted to the Detective Division. During her time in the Detective Division she worked with the drug task force and investigated various high pro-file cases. She also worked in the Sex Offenders Registration and Notification Division which is known as S.O.R.N.

She made history not only in Clark County by being the first female elected as Sheriff but also by being the only the third female Sheriff in the State of Ohio. Sheriff Burchett is very dedicated to her community, employees and her family by always being available to anyone who needs her.  She prides herself on being open and honest along with the distinction of being approachable by all who meet her. 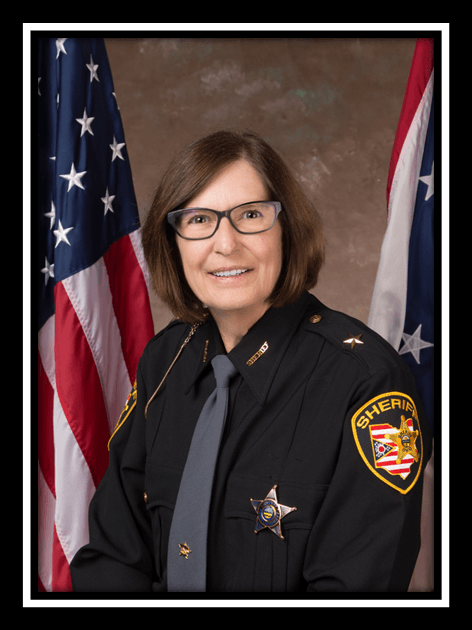