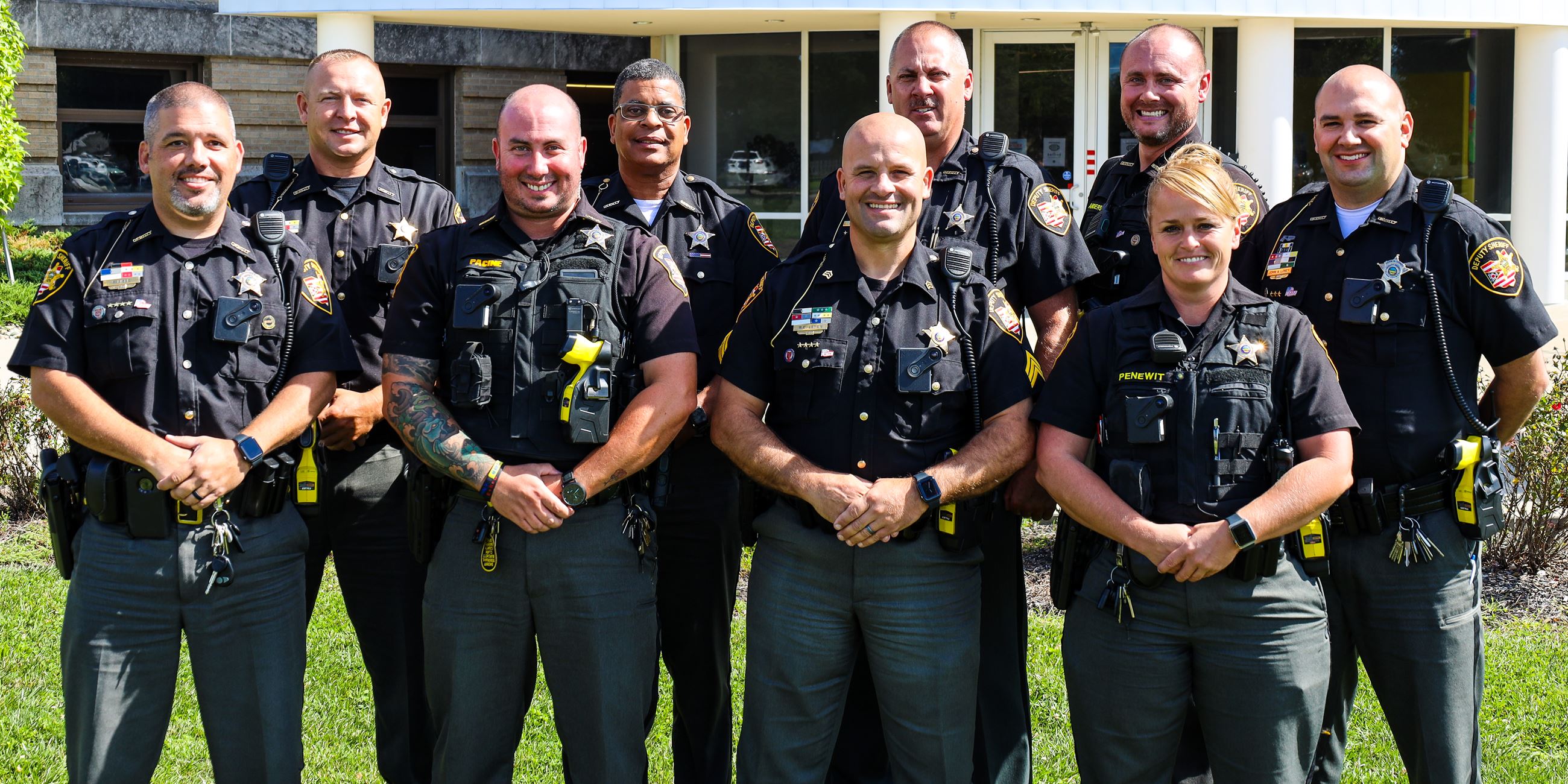 The School Resource Officer (SRO) Program was established in 2013 following the shooting at Sandy Hook Elementary School in Newton, Connecticut. The School Resource Officer Program was developed to increase patrols and security in Clark County’s local school districts. The SRO Deputies are dedicated to working with each district’s administration, faculty and staff to improve security within their facilities. 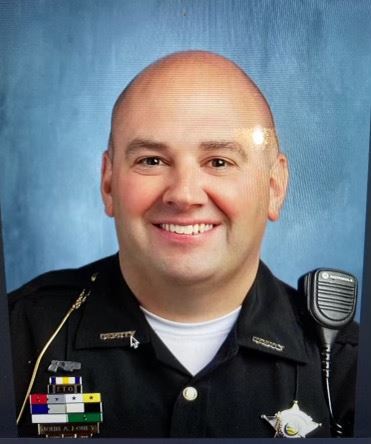 Deputy John A. Loney has lived in Clark County his entire life. He is a graduate of Catholic Central High School. Deputy Loney obtained his degree in Criminal Justice from Clark State Community College. He also obtained his Ohio peace officer training from Clark state.

Deputy Loney began his career with the Sheriff’s Office in 2002. During his career at the Sheriff’s Office he has been assigned to the Jail Division, Uniform Road Patrol and the City of New Carlisle. He is a field training officer and a member of the crisis intervention team. Deputy Loney is currently assigned as a School Resource Officer for the Tecumseh Local School District.

Deputy Loney has achieved numerous awards during his career which include the Sheriff’s Award, Meritorious service, Exceptional service, Academic achievement and perfect attendance. In 2016 he was awarded the Sons of the American Revolution Accommodation Medal. 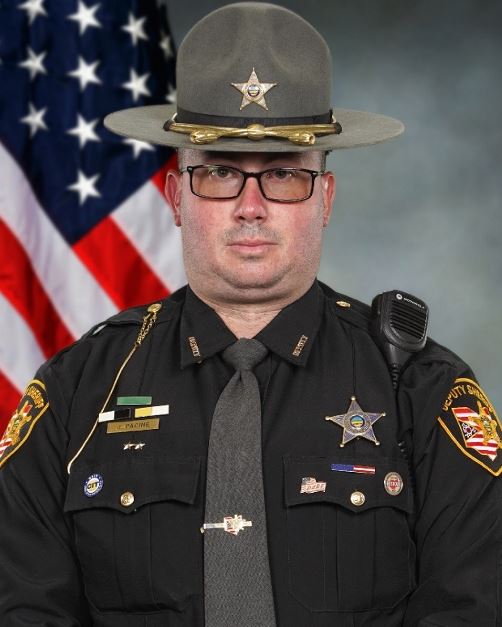 Deputy Pacine has been a lifetime resident of Clark County. He is a 2001 graduate of Shawnee High School and JVS (now known as CTC). After graduating high school, Deputy Pacine attended Clark State Community College pursuing a degree in criminal justice. In 2003 he received his peace officer training certificate and began working as a peace officer for departments such as North Hampton, German Township and the Clark State Campus Police department.

Deputy Pacine is a certified Field Training Officer and a member of the crisis intervention team. He was recognized by the State of Ohio House of Representatives in 2015 for saving the life of an inmate who had attempted suicide. 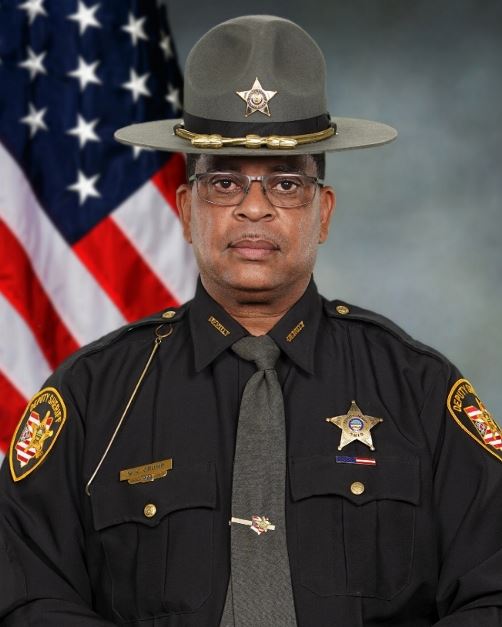 Deputy Crump attended Bedford Senior High School and Muskingum Area Technical College, now known as Zane State. He completed his Ohio Peace Officer Basic Training while employed by the Ohio Department of Natural Resources Division of Parks & Recreation in 1986. Deputy Crump was sworn in as a Reserve Deputy in 2009. Deputy Crump was hired with the Sheriff’s Office in March of 2010 in the administration office as the Sheriff Sales Specialist, Accounts Payable and assisted with budgetary duties. He was hired as a full-time Deputy in 2014 and was assigned to the jail division. During his time in the jail division, Deputy Crump was a Field Training Officer for new employees.

In October 2018, Deputy Crump was assigned to the Road Patrol. He's also served as a Field Training Officer in the Road Patrol division. In this role, he has trained many new deputies at the Sheriff’s Office. In 2021, Deputy Crump transferred to the Northwestern Local School District as the School Resource Officer. 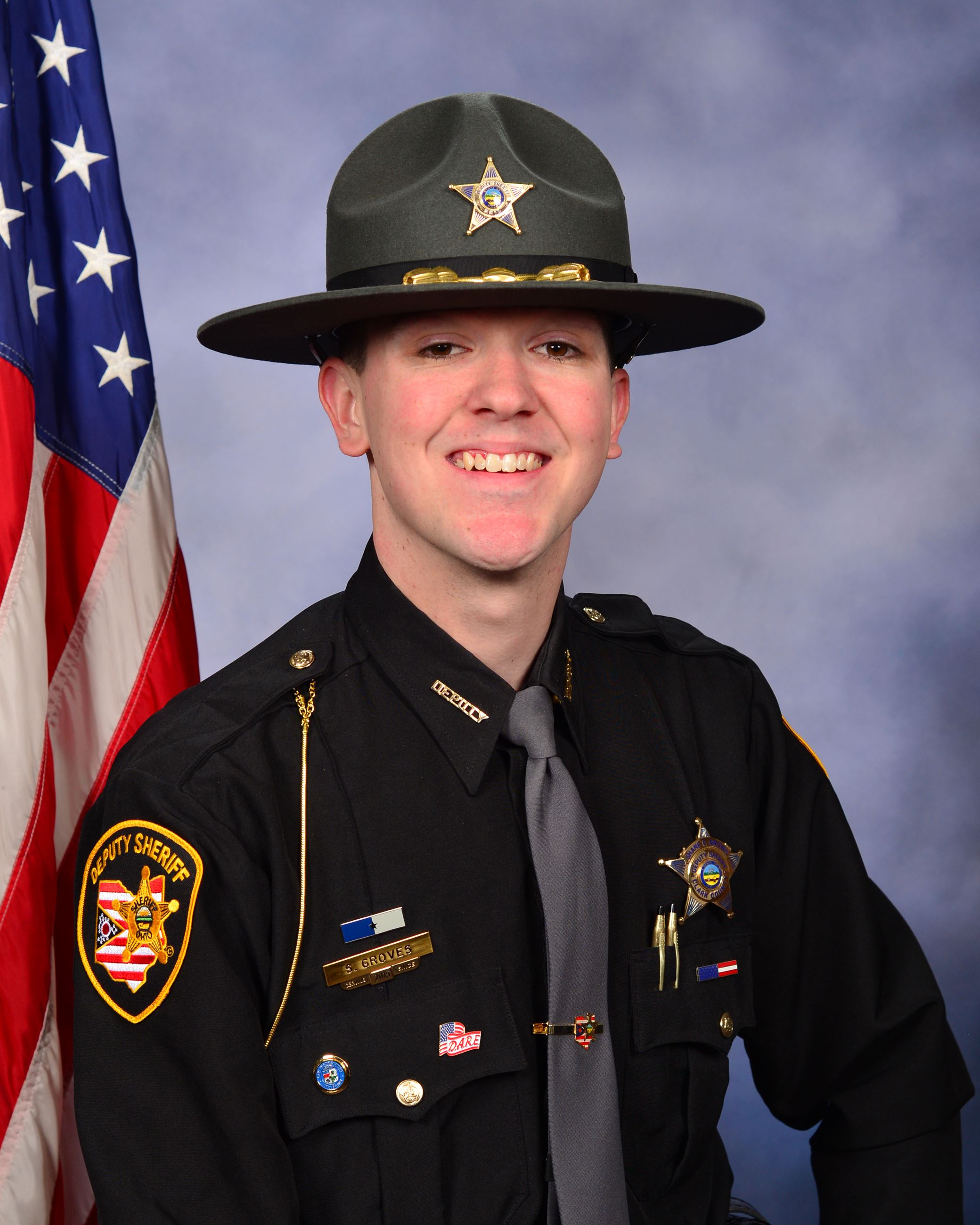 Deputy Shane Groves is a life long Clark County resident and 2011 graduate of Kenton Ridge High School. After graduation, he attended Clark State Community college and graduated with an Associates degree in Criminal Justice. While at Clark State, Deputy Groves worked as a campus police cadet for two years before completing the basic peace officer academy in 2015.

After completing the police academy, Deputy Groves was hired at the Mechanicsburg Police Department as a patrolman in March of 2015. In August of the same year, Deputy Groves was hired as a reserve deputy for the Clark County Sheriff’s office.  Deputy Groves volunteered his time and worked in the jail before being hired full time in November of 2015. Deputy Groves accomplishments include being assigned as an officer in charge of the jail division, a field training officer for new deputies and Critical Incident Training certified.

In August of 2020, Deputy Groves was assigned to the road patrol division for the sheriffs office. In February of 2022, he was selected as the new School Resource officer for the Global Impact STEM Academy and The Clark County Educational Services Center. 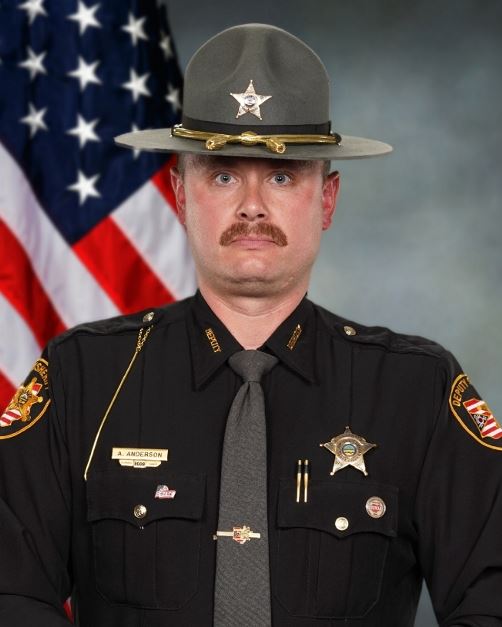 Deputy Anderson has been with the Clark County Sheriffs Office since May of 2009. He is currently assigned to Springfield Clark Career Technology Center. In his spare time he enjoys volunteering/participating in 4H, camping, boating and fishing while spending time with his family.